Social networking sites and apps allow children to be incredibly creative online, keep in touch with friends and express themselves using a whole range of different media and applications such as video, photos, music, and chat. They offer fantastic opportunities for communication and social connections. Our aim is to teach pupils, and support parents, in learning how children can navigate the digital world safely.

We would like to alert you to the latest advice we have received:

Following an investigation, Channel 4 have uncovered evidence that children as young as nine are being groomed and bombarded with sexually explicit messages on the social media app ‘Musical.ly’ and the streaming site ‘Live.ly’. For more information see:https://www.channel4.com/news/children-bombarded-with-sexually-explicit-chat-on-musical-ly-and-live-ly

The online game ‘Blue Whale Challenge’ is growing in popularity amongst school children in the UK. Players move through a series of levels involving horror movies, self-harm and suicide. It has been reported that as a result, a number of teenagers have attempted to take their own lives. The following links provide more information but please be advised that you may find the content distressing:

Similar to the adult dating app ‘Tinder’, there is a new app called ‘Yellow’, which allows users to connect with strangers by swiping right on their profile picture. When two users ‘like’ each other they can chat via the picture-messaging service Snapchat. Concerns have been raised that because Yellow does not verify ages or have a live monitoring system, the site is being targeted to groom children. If you permit your child to use Snapchat, they may also be exposed to Yellow.

Snapchat have updated their photo messaging service so that people can now see a user’s location each time they open the app. If you have permitted your child to use Snapchat, please be aware that their exact location can be seen by anyone they have approved as a ‘friend’. To disable this facility and remove a user from the map, select Ghost Mode on the map settings. http://www.bbc.co.uk/news/technology-40382876

'Movie Star Planet' is a game that rewards children with ‘coins’ for making new friends but there is no way to guarantee that users are actually who they say they are. This weekend, a Wokingham primary aged pupil made a new ‘friend’, who then asked for both her Apple ID and a photograph. The ‘friend’ said that she wasn't happy with the way she looked, and presented a photograph of herself as a young girl. Once the parents realised what had happened, they uninstalled the game. Last night the child was contacted again via Messenger at 9.30pm!

Should you allow your child to have an online profile, we strongly advise that you: 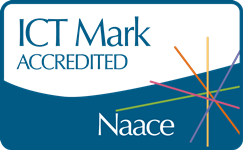